I’m honestly not sure if this post title refers to the outfit, or it’s wearer! Either way I say it with love and a smile…

This little sewing project was another in the “try to create what Elijah is describing, without really knowing what exactly he has in mind” series (we’re not even going to get into the year that he asked to be “a red moose made out of sticks” for Halloween). He found the pattern in a collection that I had bought primarily for making baby clothes, but the largest size fits him just right. He immediately informed me that instead of the fruit and vegetable appliqués pictured on the pattern, he wanted a bunny, a heart and a diamond. Umm….ok (??)

So, remember when I mentioned that I needed to make a point of taking pictures before the clothing is all wrinkled and stained?? Yeah…that theory is not exactly panning out….

I had what I thought was a great plan. Elijah wanted to wear his new outfit to the opening of our CSA. He was pretty excited about it. He spent the time before we left with his over-alls balled up under his arm…because if he wore them while eating they might get stained…apparently wrinkles were less of a concern… I thought the farm would be a perfect, picturesque place to snap a few shots.

Of course he hopped in the sandbox before I even managed to get my camera unpacked. 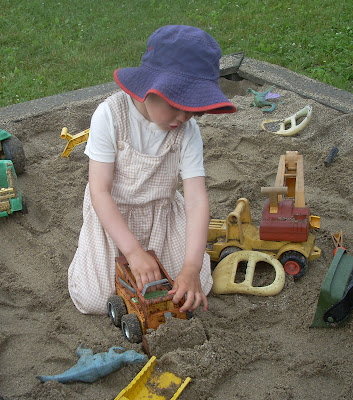 Before I even came close to getting a full length shot of him, he jumped out of the sandbox and took off running (not from me, just in general), tripping and falling in a mud puddle in the process. No injuries, but lots of giggles. 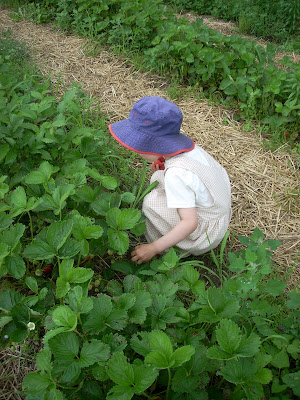 Then he was off to pick strawberries. Letting the juice drip down his arm and wiping his hands down the front of himself. 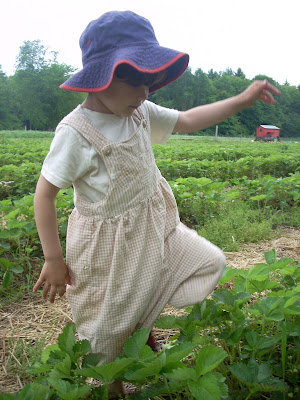 Oh, wait! Wait! What’s this?? Standing still for a moment?!? 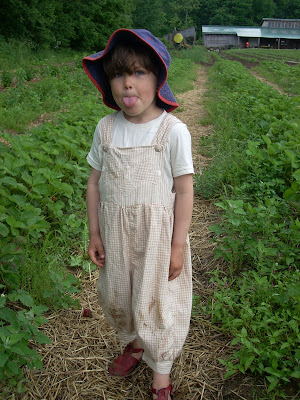 to make faces at the camera…. Good enough for me, I’ll take it! Muddy knees and all…. 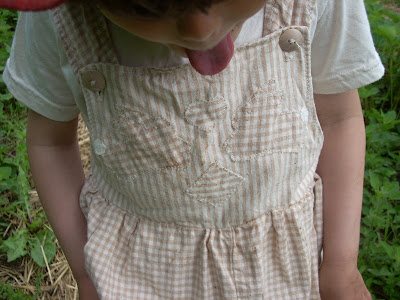 The pattern was the romper from the “Little Sprouts Wardrobe Pattern” by K.P. Kid’s & Co. The fabric is a combination of light-weight, organic, color-grown flannels in stripes and gingham, with the teeniest bit of natural for the bunnies tails… 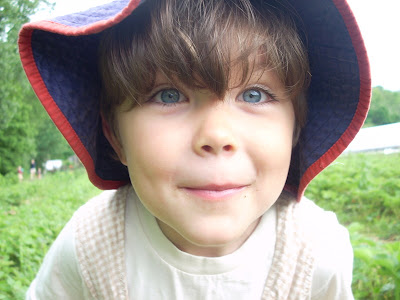 And the model is a one-of-a-kind original, guaranteed not to be duplicated anywhere!
By Melody
Kids, sewing
Leave a reply