This is a little song that I like to include in our circle time as the seasons change, modified slightly for accuracy of course.

I’ve been looking back over our winter homeschooling session. I feel like it’s been very productive, though not at all in the ways I had planned! Such is the nature of homeschooling, and life too I suppose, it’s such a fluid thing, you never quite know where it’s going to flow! 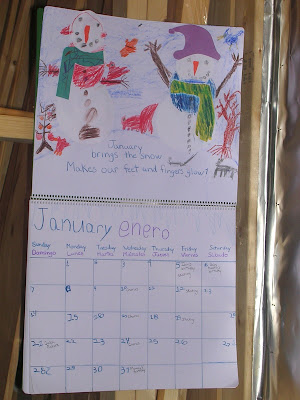 This is our January calendar, in English and in Spanish. The numbers and most of the words were written by Iain. Iain and Elijah worked together on the picture. 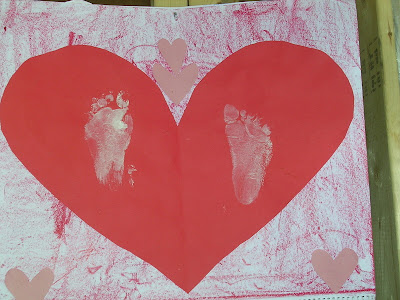 In honor of his birthday, February’s calendar featured Galen’s footprints. 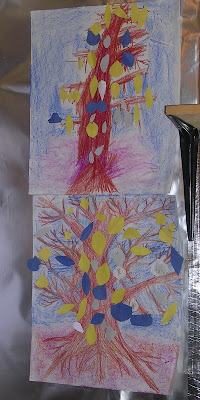 Our “weather trees” at the beginning of the season. Blue leaves are for rainy days, yellow for sunny, gray for cloudy and white for snowy. There were a lot more white leaves by the end of the season!

Elijah had such a strong desire to have “work” of his own that we let him start a main lesson book. We’ve been working with Susan Whitehead’s “Silver Story of Silver Stork”. I tell a little snip-it of the story and then we draw together about it; me in my sketch book, him in his main lesson book. We included drawings of our various winter celebrations in his book as well. He gets such a glow of self satisfaction whenever he adds another picture to his book! It’s so very cute. This work in addition to the projects and crafts that we have been doing all along makes up the bulk of his “curriculum”.

The silver stork is a southern hemisphere story, which tied in nicely with Iain’s pen pal being from Australia. I love it when we can get a little bit of an over-lap and approach a subject from several different angles. 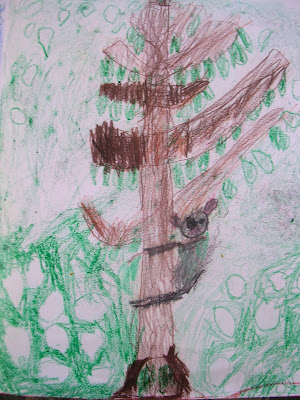 I think this one of a koala on a gum tree is my favorite! 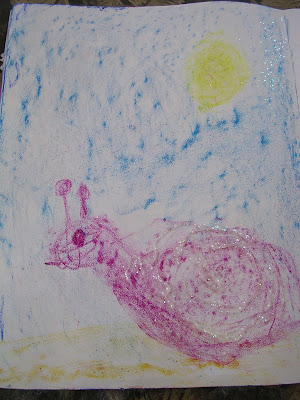 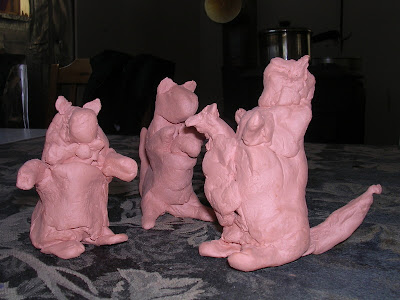 Clay kangaroos by Iain, Elijah and Mama.
Iain has just been plugging along, working his way through all that is ‘first grade’. He’s sounding words out here and there and trying to spell things on his own. He’s doing wonderfully with addition and is starting to get a real grasp on subtraction too. He’s currently knitting a striped bean bag. We are planning on knitting and felting a whole set of them.
These are a couple of pages from our ‘quality of numbers’ block early in the season. 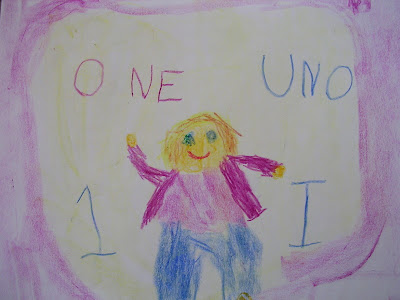 I love how we are able to work with, math, art, language arts, science and Spanish all at the same time. It’s one of the many joys of Waldorf! 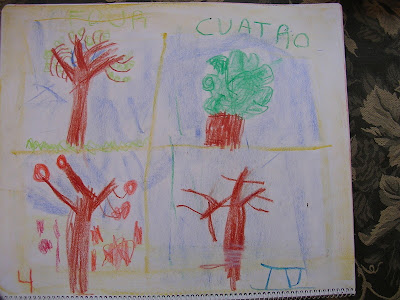 This is part of a recent letter to his pen pal. I think that his writing is starting to get really beautiful and he says the sweetest things. It makes me smile. 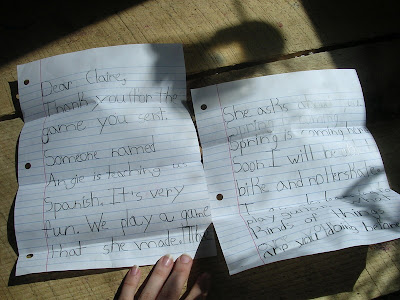 One of the biggest changes for us this season is that we’ve been working with a woman in town who teaches Spanish. She comes two mornings a week. We play games together and read stories. Both Iain and Elijah’s vocabulary is increasing rapidly. They can count to 40, name all of their shapes and colors, as well as several varieties of animals, different body parts and other random bits of conversation. Even Galen has said hola! I’m really pleased to be able to give them this opportunity.

Iain and Steve started guitar lessons with our neighbor a couple of weeks ago. They are working on learning to play “Old Dan Tucker”. We were bartering guitar lessons in exchange for babysitting, but it’s looking like there may now be a scheduling conflict. We might have to work something else out.

We are still involved in the homeschooling chorus. We’ve been attending for a year now. I have to say that I really feel like joining this group has been one of the best things that we have ever done for our family. It brings such joy and richness to our lives.

I’m excited to see what spring will bring!