For the first time this year. In the past we never did the Santa thing. I was beginning to feel sad about that and wondering if we had perhaps made the wrong choice. When we stopped at our town fair earlier this month the boys spotted a man who was meant to be Santa. I’m hesitate to say that he was dressed like Santa, because he really wasn’t. Our progressive town seems to have passed on the now traditional, “coke” Santa, but it was still pretty obvious who he was meant to be. The boys couldn’t stop talking about him. That night Iain asked me how Santa could be there if he isn’t real. We talked for a while about it. I told him that Santa was real to the people who believe in him and not real to the people who don’t. He thought about it for a moment and then said “Well, then I think I want to believe.” He then went on to ask if I thought Santa would come for Christmas if they believed in him. Thus, for the first year cookies and milk were set out along with a carrot for the reindeer and crumbs, a thank you note and stockings full of little trinkets were found in their place. The funny thing is that Elijah keeps telling me about when Santa came last year!

Here are some of the clothes I made for the boys this year. I made the two older boys sweater vests and shirts to wear for our holiday pictures this year. Iain’s sweater vest is teal and Elijah’s is a peacock blue. Unfortunately, the colors don’t show through very well in these pictures. I made Galen a pair of over-alls based on a Little Turtles Knits pattern using both colored yarns to make stripes down the legs. 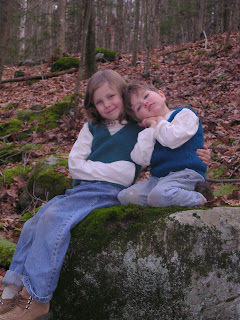 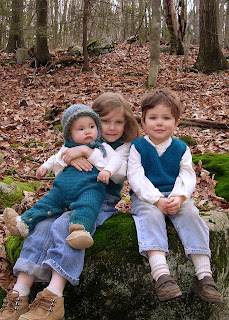 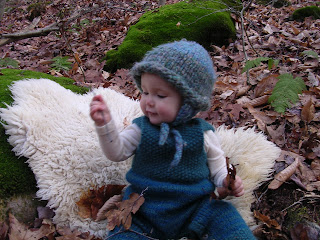 2 thoughts on “Santa came to our house…”